HUD reports a number of HOME program performance statistics. These include statistics on the types of completed units that have been assisted with HOME funding (rental units, home buyer units, and homeowner units,), the eligible activities funded with HOME dollars (rehabilitation, new construction, acquisition, and households that have received TBRA), and characteristics of households that benefit from HOME funds. 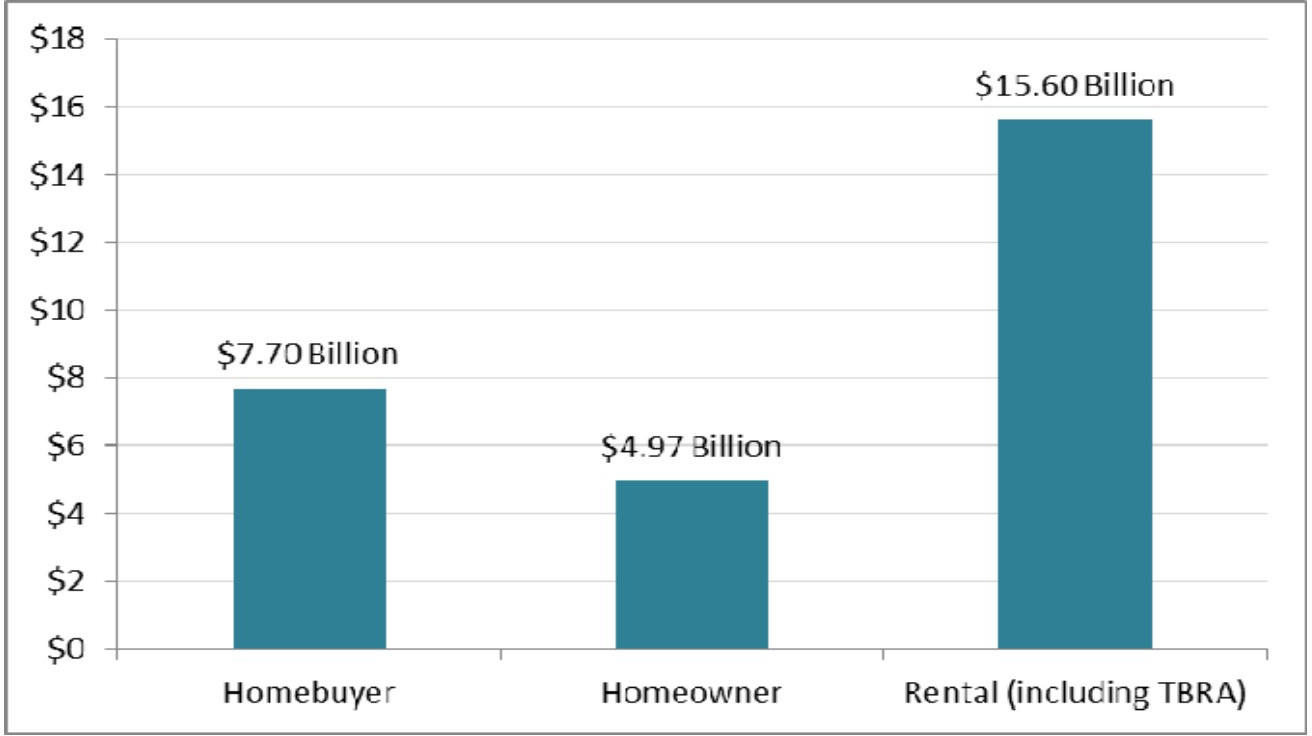 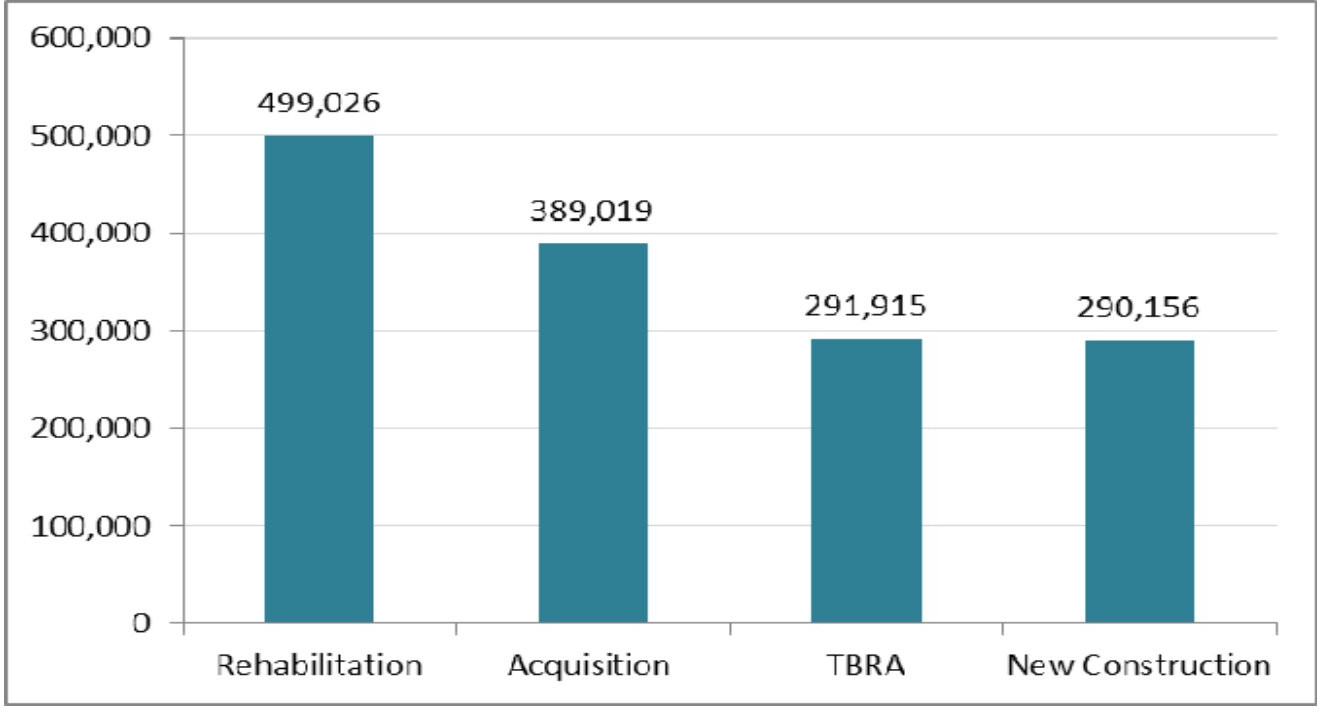 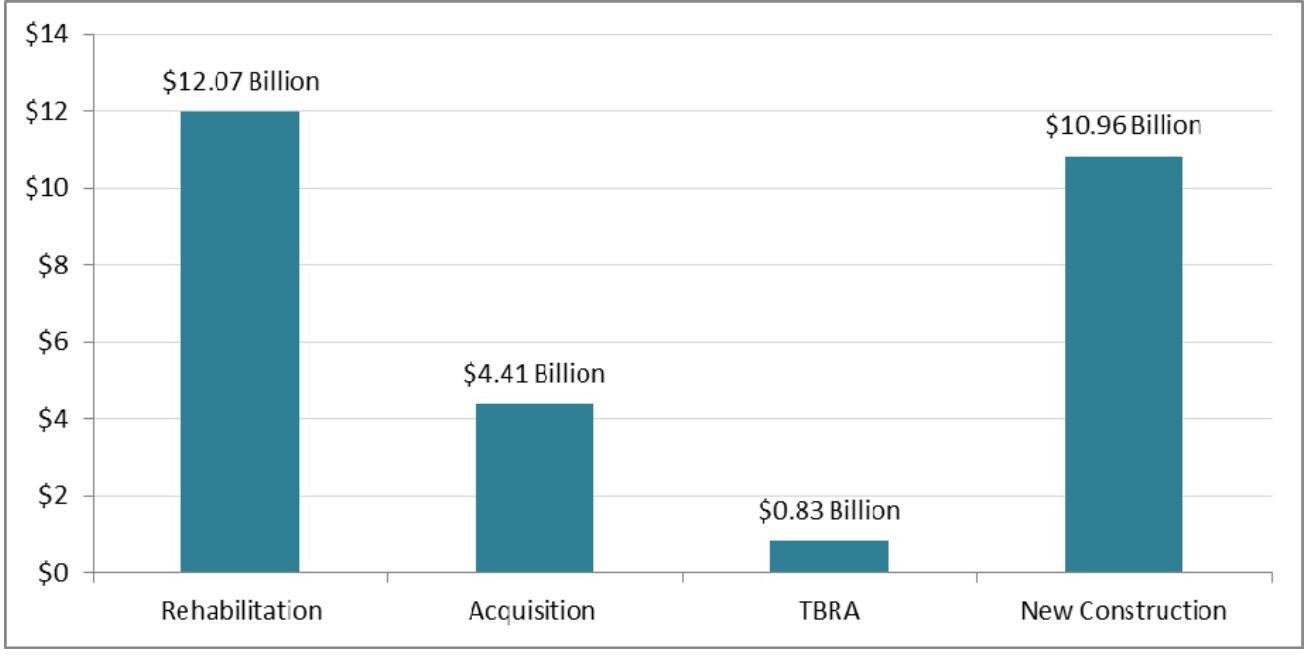 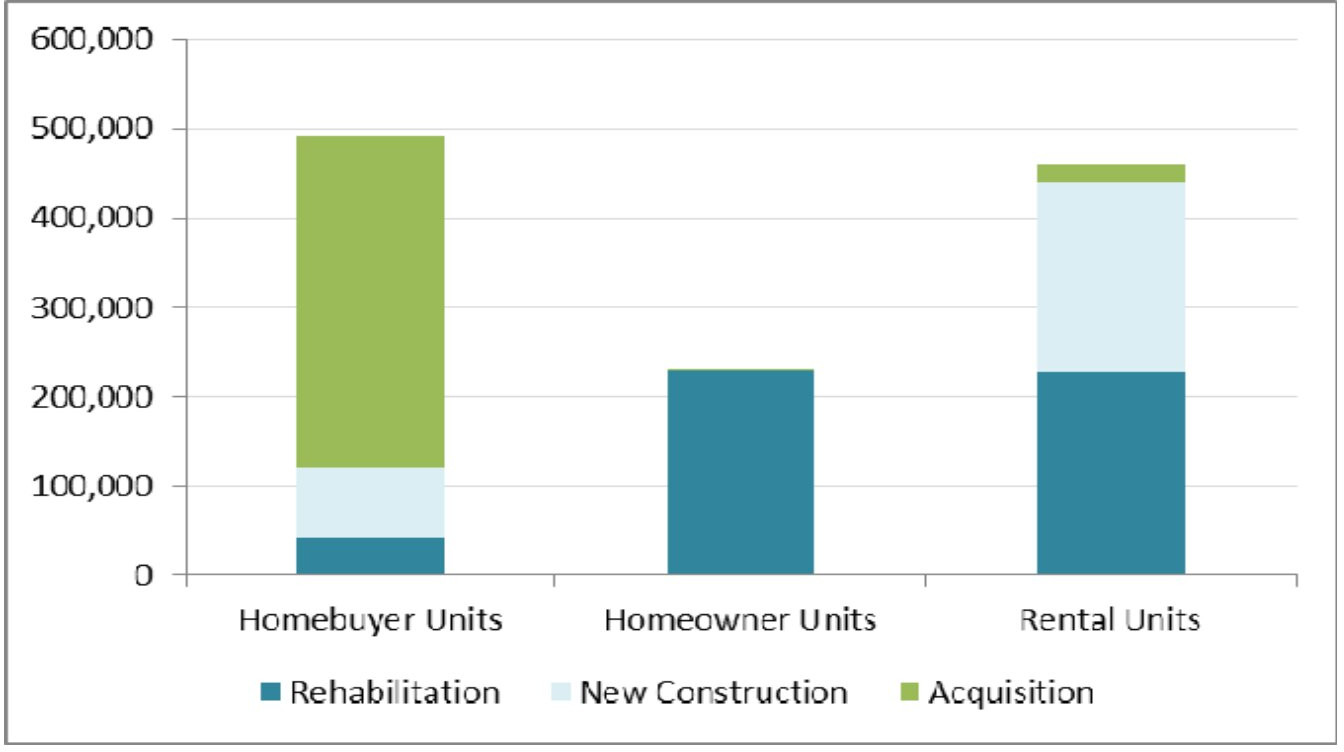 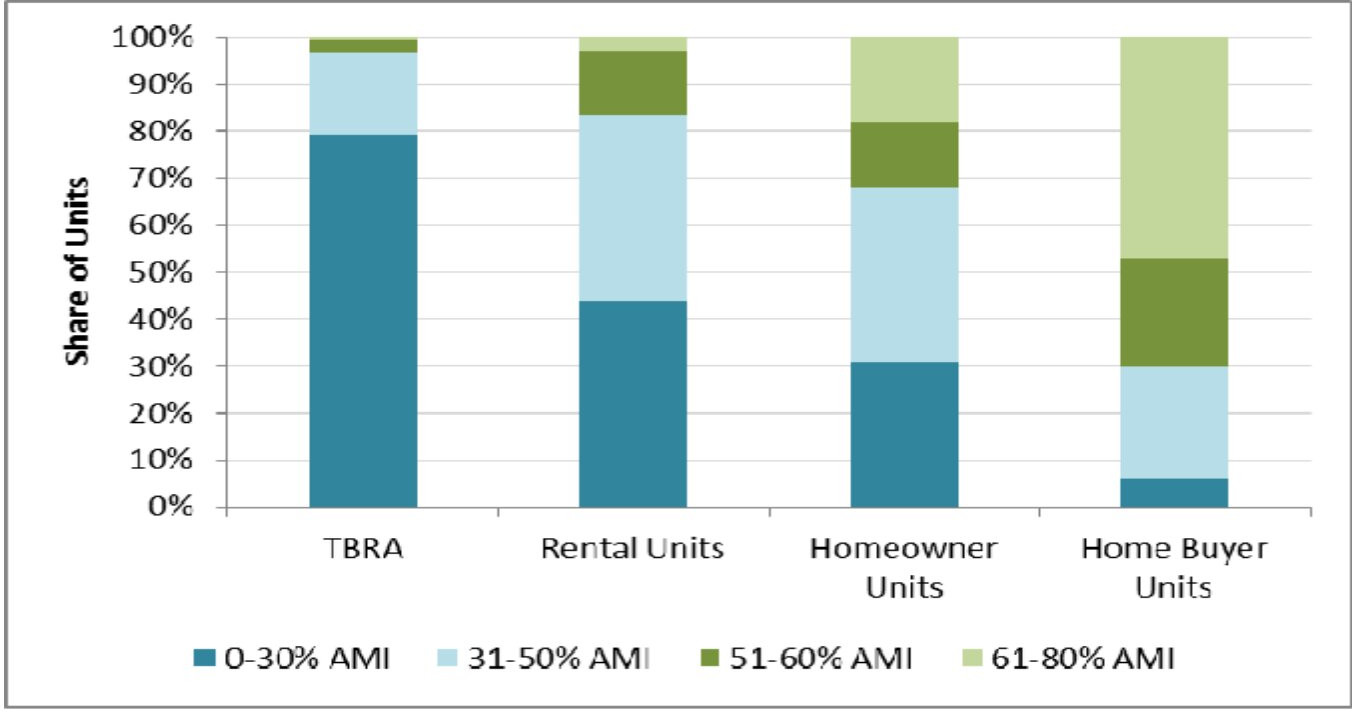 As shown in Figure 8, different types of units are more or less likely to serve specific types of households. Specifically: 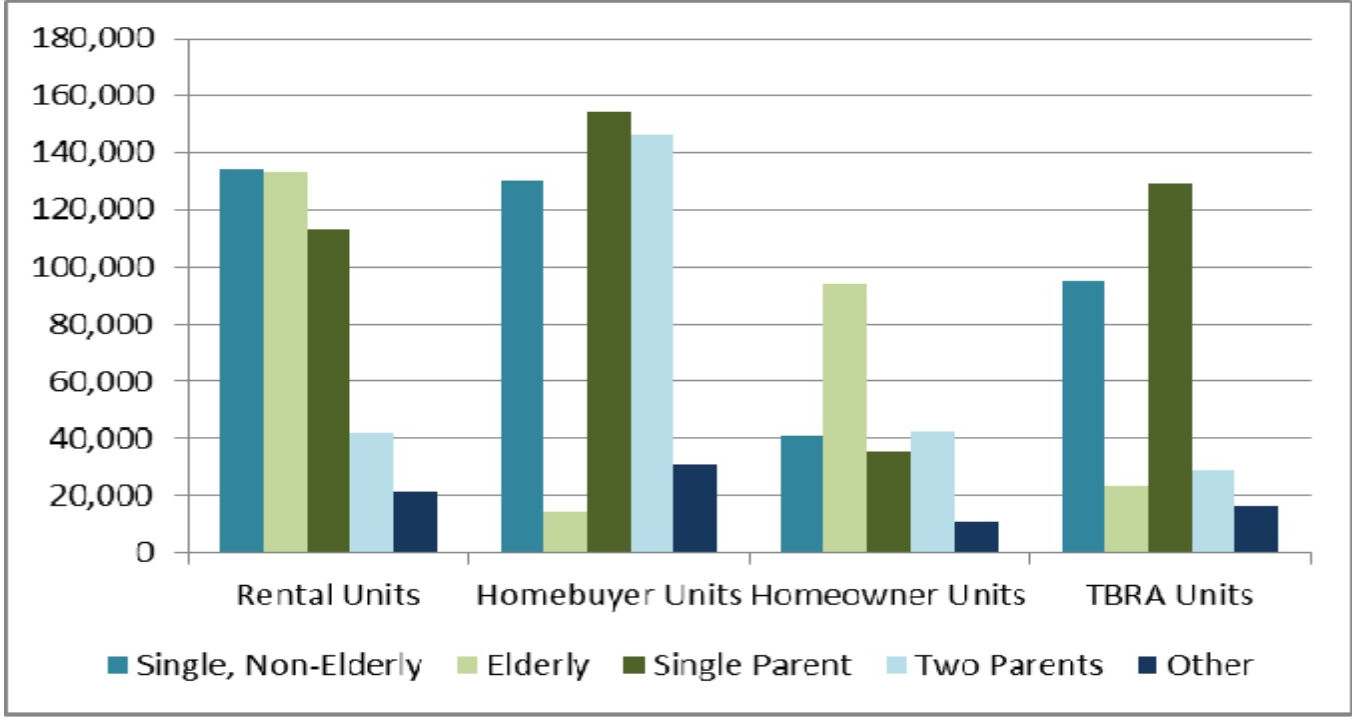